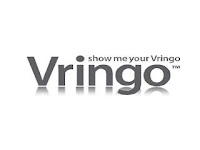 Vringo Inc which is also owner of Lycos Inc shares fell to $3.57 nearly by 10% in trading of 36.9 million share. Vringo was awarded $30 million over claims that Google and some of its customers, including IAC Search & Media and AOL had infringed its patents. The patent was filed on infringement charges over Google’s advertising platform ‘Adsense program’ which is also used by its customer companies.
Google’s shares also fell by $1.24 to $681.72 in Nasdaq Stock Market trading. Google has argued against the claims and said that it did not infringe the patent.
Vringo Inc was awarded 3.5 % rate on continuing royalty for the patents.Although the company had been seeking around $500 million, but Judge Raymond Jackson declared that the company will only get the damage charges after the law suit was filed in Sep,2011.The patent was actually filed by a Vringo inherited company Innovate/Protect (I/P).
Out of the total awarded $30 million the major share of $15.8 million will be  payed by Google, $7.9 million by AOL, $6.6 million by IAC Search & Media and $4.3 million by Gannett Co Inc the Judge ruled.