Vimeo, video sharing service after its Windows Phone update and has launched its new application for Xbox 360 and that is for subscribers with live gold package just like Netflix, Hulu Plus and HBO GO etc. 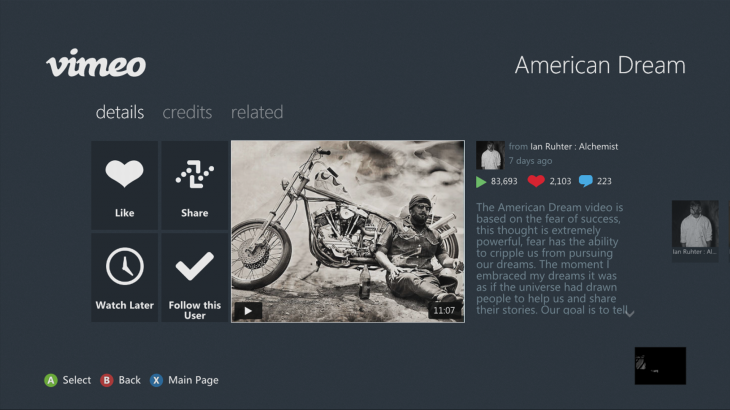 Vimeo which holds a large number of audience on television that exists in different formats starting from the Apple TV, Roku and Boxee to Phillips and Samsung Smart TVs . Nevertheless, this release will put Vimeo in the hands of countless Xbox users, further extending its reach into the living room.

As far as new application features are concerned both Kinect voice and gesture controls help users to search, select and play movies. Another great feature is that you are also informed of videos your Xbox LIVE friends are watching and you can also share videos on social networks like Facebook.