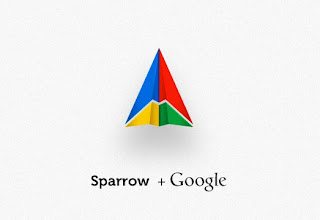 Sparrow is an email client for Mac OS X and iOS. After a 4 month beta period, Sparrow went on sale in the Mac App Store on 9 February 2011 and became the top paid and top grossing app in less than one day.Sparrow uses a simplified user interface reminiscent of Twitter clients such as Tweetie or iOS apps.as opposed to a more traditional email style such as Apple’s Mail or Mozilla Thunderbird. Sparrow currently works with Gmail and Google Apps accounts, along with other IMAP email accounts. It also includes features such as drag-and-drop attachments, Dropbox or Box.net support for uploading attachments, Growl support, Gmail labels and keyboard shortcuts.
Sparrow has been acquired by google as gsparoow ceo announced.Sparrow’s email client is available for the iPhone as well as Mac computers.