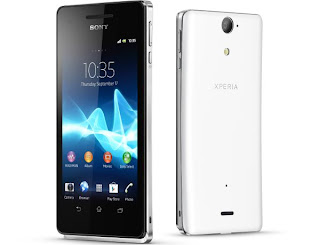 Sony has announced its latest addition to the Xperia line-up, the Xperia AX. The handset is meant only for the Japanese market, and is similar to the recently announced Xperia V.
The Xperia AX sports a 1.5GHz Qualcomm Snapdragon S4 processor, an Adreno 225 GPU, 1GB of RAM, a 4.3-inch HD Reality Display with 720p resolution powered by Mobile BRAVIA Engine 2, a 13MP camera at its back and the usual connectivity features such as GPS with A-GPS, NFC and Wi-Fi etc.
Since the Xperia AX is targeted towards the Japanese market, it comes with some Japan-specific features such as infrared port data exchange, mobile wallet, and mobile TV among others. The AX looks exactly like the Xperia V and even has the IP57 certification as the former.
The handset will sadly launch with Android 4.0.4 Ice Cream Sandwich on-board with Sony’s new Media applications such as Walkman, Album, Movies and more. Sony did not specifiy as to when the handset will be available in Japan, but it should ideally be around the same time as the Xperia V hits the shelves in Europe.