Skip to content
Pakistan has announced its one day and T-20 squad for the Indian tour this month. Flamboyant Shahid Afridi has been dropped from ODIs, however he has been included in twenty20 squad. Afridi only scored seven runs and took one wicket in two ODIs against Australia in UAE this September. 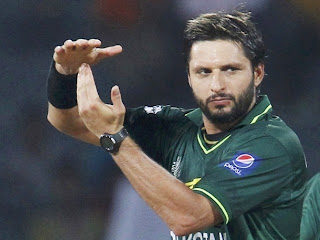