After Samsung announcement of major revelations on its annual Forum day the speculations of launch of new Samsung Galaxy S4 phone in Monaco in February,2013 are on rise. 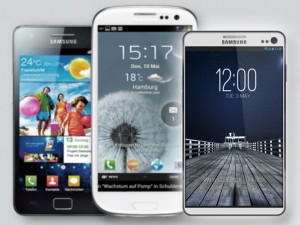 The current model Samsung Galaxy S3 was launched just few months back in May this year. Samsung has previously denied the rumors of launch of Galaxy S4 at CES in Las Vegas in January.

The Samsung Forum event is going to take place next year from 4-6 February in Monaco and sources say that in event some major announcements by Samsung are expected.

So far no specifications of Galaxy S4 have been revealed, although the name S4 has benn confirmed by a Samsung executive.

Although Samsung has revealed flexible displays but so far these displays are not ready for mass production. However main features expected for S4 are an HD display and a high resolution 13MP camera with phone supporting the wireless charging and mobile payment options.

Even if Samsung announces its next smartphone S4 in February the mass production will only be possible in second quarter of 2013.

Samsung at CES, will mainly focus on televisions rather than smartphone business as it did last year at European Forum in Prague focusing on Smart TV and network devices.