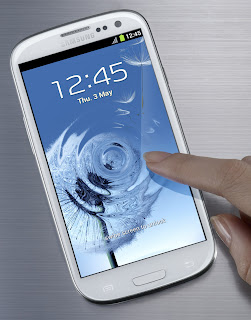 Verizon Wireless on Tuesday announced that the Galaxy S III smart phone will finally launch on July 10th. The Galaxy S III features the latest version of Android 4.0 Ice Cream Sandwich along with 4G LTE connectivity, a 1.5GHz dual-core processor, 2GB of RAM, a 4.8-inch Super AMOLED display and an 8-megapixel camera. Verizon Wireless’s version of the handset will cost $199.99 on contract with 16GB of storage and $249.99 with 32GB of storage. Verizon Wireless is the largest wireless communications services provider in the United States with more than 112 million subscribers.for details
Visit:-http://www.verizonwireless.com/b2c/index.html