Apple and Samsung tug of war continues as Apple got another victory over samsung by winning a patent in Netherlands. 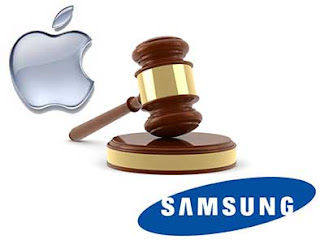 The Dutch court put a ban on Samsung’s Galaxy due to a patent covering a way to navigate images using a touchscreen.Galaxy products running Android 2.0 or higher will be subject to a sales ban.The patent covers the way Apple’s iOS allow users to scroll past the edge of a zoomed-in photo to see a glimpse of the next in  series of images. Samsung initially used the feature in some of its Galaxy devices, but the company’s own proprietary photo gallery software replaces the feature with a blue flash illuminating the edge of an image.
The court ordered that, should Samsung continue to infringe on the patent, it would be subject to a penalty of $129,000 per day for every day it is in violation of the sales ban