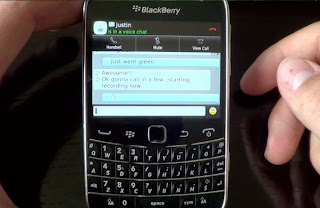 The user can initially start up the conversation using chat and later switch to calling buddy via wifi.  The users once login comes to know which contact is available for voice call.
Black berry also offers split screen option to switch among multiple tasks like checking e-mail, SMS, and voice calling. Users BBM profile, groups and contacts are directly linked with BlackBerry ID for back up and restore when needed.