Apple Inc. (NASDAQ)‎ announced a brand-new iPad at the iPad Mini event already being called ipad4. The new ipad features the same 9.7in Retina display but an all new Apple A6X chip. Apple has added the Lightning connector to the new iPad, a FaceTime HD camera, faster WiFi speeds thanks to support for 802.11n and the addition of 4G LTE support. 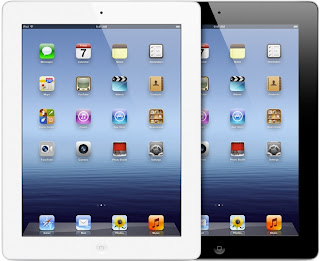 According to CNET, staff in Apple stores are placating iPad 3 owners who’ve just bought their slate and feel aggrieved that they’ve been landed with an instantly superannuated tablet an iPad 4 in exchange.
It’s not yet clear if this is a chain-wide policy on the part of Apple, or whether the exchanges being reported were at individual store staff’s discretion.
However, what we do know is that customers who’ve already exchanged their iPad 3 have bought their tablet in the last 30 days and are returning their device sans any obvious damage. So that rules out hucksters chancing their arm.
The iPad 4 improves on its predecessor with the addition of an A6X processor that offers twice the pixel-pushing might and super-fast 4G network connectivity. It also includes a better FaceTime front-facing camera and features the same 9-pin port as the iPhone 5, which Apple has adopted in the name of saving space.