So the Pope also joined the social network giant Twitter. POP will be tweeting as@Pontifex handle.Pope joined the twitter inspite of many reservations about the  Internet. 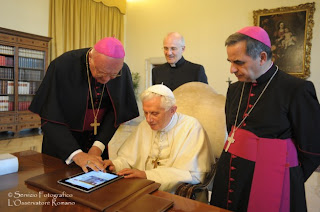