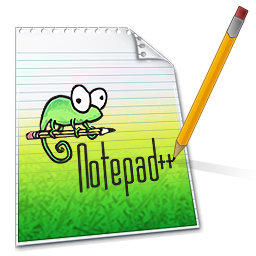 Notepad Plus Plus is a Notepad replacement with an eye toward programmers, although it should also appeal to the casual user who wants a cross between Notepad and WordPad. Notepad Plus Plus has some noticeable differences from WordPad. Support for tabs is key, letting users manage different documents simultaneously. Line-numbering is important, too, a feature that nobody mucking about in C should be without.

The interface is much simpler compared with some of its competitors. A familiar row of icons with their mouse-over labels sits at the top, and one row of tabs is just below that. The rest of the screen is made of nothing but pure white space. All the coding tools live in the menu bar, with some represented on the toolbar. Users can compile and run macros, convert text to Hex, submit directly to W3C for validation, launch in Firefox and IE, and more. There’s also a built-in spell-checker.Features are