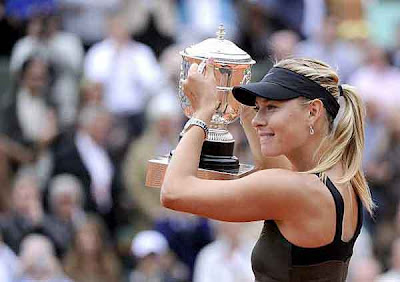 Maria Sharapova of Russia won the French Open on Saturday, capturing her first title on the crushed red clay and picking up the only major trophy lacking in her collection. Sharapova, 25, defeated Italy’s Sara Errani, 6-3, 6-2, in a one-sided match on a blustery Paris afternoon.

The Russian’s fourth major title made her the sixth female tennis player in the Open era to achieve a career Grand Slam, and she joins Serena Williams as the only other active woman currently on tour who can make the same boast. Sharapova has won each of the four majors once — Wimbledon in 2004, the U.S. Open in 2006, the Australian Open in 2008 and now the French.

“It’s surreal. It’s the most unique moment I’ve experienced in my career,” said Sharapova, adding that it even eclipsed her unexpected victory at Wimbledon over Williams as a 17-year-old. “This was extremely special, and even more so.”

She will rise from No. 2 to the top of the women’s rankings when they are released next week.
Her destruction of Errani, a surprise finalist who was seeded No. 21, was as brutal as it was swift. In 89 minutes, Sharapova compiled 37 winners, enough by themselves to win nine of her 12 games. She fired so many shots onto the sidelines that the puffs of chalk they sent up might as well have been smoke. 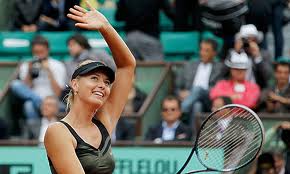