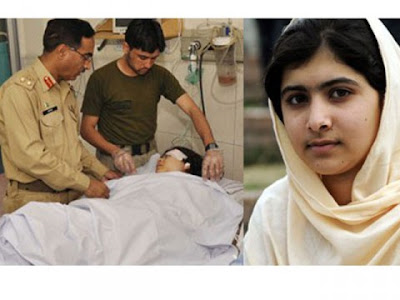 On 9 October 2012, Malala Yousafzai was shot in the head and neck in an assassination attempt by a gunman. 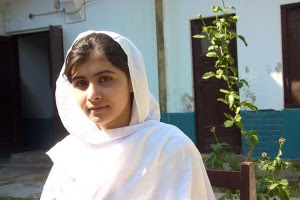 Malala Yousafzai was born in 1998.She is a resident and student of Mingora in Swat District, Khyber Pakhtoonkhwa, Pakistan.Even at age of Just 14 she has  been actively involved in women’s rights activism in the Swat Valley. Malal a Yousafzai was named after Malalai of Maiwand, a Pashtun poet and warrior woman 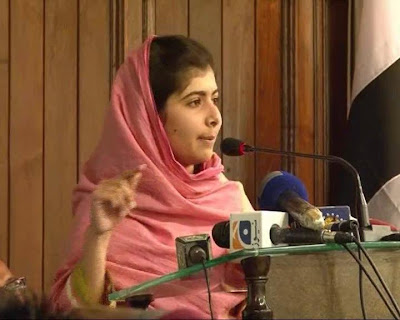 She became a prominent figure in 2009, at the age of 11 through a blog that she wrote for the BBC. In her writing she highlighted the Tehrik-i-Taliban regime and their control of the Swat valley. Yousafzai has since been nominated for several awards, and has won Pakistan’s first National Peace Prize. 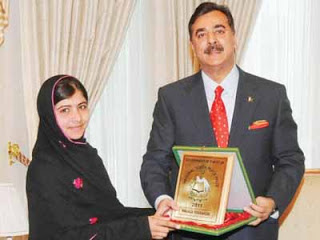 Malal Yousafzai was nomineted by KidsRights Foundation and included among the International Children’s Peace Prize, making her the first Pakistani girl nominated for the award. She was runner-up in the prize competition 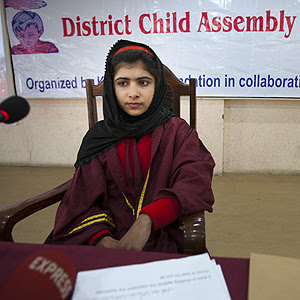 In her blog for BBC Malala wrote about her experience at Swat valley as a student and difficulties she faced to go to her school:-
“I had a terrible dream yesterday with military helicopters and the Taleban. I have had such dreams since the launch of the military operation in Swat. My mother made me breakfast and I went off to school. I was afraid going to school because the Taleban had issued an edict banning all girls from attending schools.
Only 11 students attended the class out of 27. The number decreased because of Taleban’s edict. My three friends have shifted to Peshawar, Lahore and Rawalpindi with their families after this edict.
On my way from school to home I heard a man saying ‘I will kill you’. I hastened my pace and after a while I looked back if the man was still coming behind me. But to my utter relief he was talking on his mobile and must have been threatening someone else over the phone.
“ 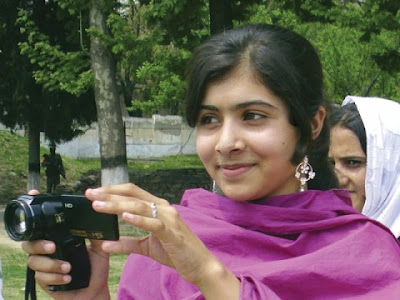 On 9 october, 2012 while coming back from school in a van she was a gunman shoot her in head and neck. . She was airlifted to a military hospital in Peshawar city where doctors operated her left portion of brain, which had been damaged by the bullet when it passed through her head. Yousafzai is still unconscious and on a ventilator in the intensive care unit .One of other girl was also wounded with Malala is in critical condition and the other is recovering and out of danger 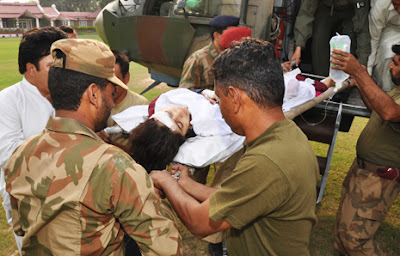 Political and religio-political leaders have denounced the attack on Malala Yousafzai.
It has been a very sad news for all the people of Pakistan that a girl at such a tender age was brutally attacked. She was innocent and was only working for the rights of women. She was working for peace in the valley and has faced such a terrible accident in her life. We all pray for her early recovery and life to Allah. Amin!