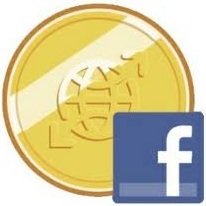 Kickflip Inc (Gambit) sued Facebook Inc. (NASDAQ:FB), over antitrust laws and blames Facebook of breaking the laws of virtual currency market. In 2009 / 2010 Facebook policies made Gambit “blacklisted” and developers were forced to switch to Facebook’s services.
Earlier Gambit was the foremost virtual currency and payment- processing source to software developers that published games on Facebook and other social networks.
Facebook Inc. (NASDAQ:FB) charged developers a 30 % fee for the service and intentionally provided few range of services, the Gambit lawyers claimed.
Kickflip lawyers claimed that  Facebook’s decision in 2009 to offer its own services to developers destroyed the flexible market of virtual currency. Kickflip lawyers added, “Gambit’s business was affected due to Facebook leveraged dominance in the social-game marketplace to control market for virtual-currency services.
Virtual-currency helps social-game developers to issue currency to game players in trade for direct payment or participation in third-party advertising offers. As per lawyers claim there were at-least 20 virtual-currency service providers to social-game developers in mid 2009/10.
Such claims will make another negative impact on Facebook shares as the Newyork stock exchange reopens on Wednesday. Facebook Inc (NASDAQ:FB) shares that closed on Friday at $21.94 due to Sandy Hurricane will most probably take another hit when they will be sold well below the $38 IPO value. The social media giant already saw a decline in shares to as low of $17.55 earlier in September.