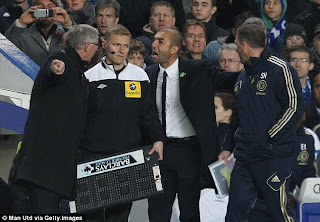 Chelsea coach has been sacked after its 3-0 defeat against Italian club Juventus on Tuesday in Group E match of UEFA champions league.
Afer the exit of Andre Villas-Boas as Chelsea coach last season, Di Matteo was named its caretaker manager when he signed 2 year contract in june. Di Matteo had helped Chelsea to Champions League and FA Cup victories in May.
Although starting the season well by winning 7 of their 8 matches, Chelsea have performed badly over recent weeks, winning only 1 of their last 8 matches in all types of competitions.
After thorough discussions between the club owner and board, it was concluded that change was imminet so as to move the club in the right direction.
The club faces a chellanging task to qualify for knockout stages of the UEFA Champions League and to hold its grip over the Premier League. The club is also defending its FA Cup title.
It was Fabio Quagliarella who put Juventus ahead when he diverted Andrea Pirlo’s strike into the net. On 61 minutes, Arturo Vidal made it 2-0 when his strike was deflected in by Ramires. Sebastian Giovinco made it 3-0 in injury time to complete the victory in injury time.
Chelsea now needs to win its final Group E game against Nordsjaelland and a favour from Shakhtar Donetsk by beating Juventus would help them qualify from the group in knockout stages of champions league.
In another match, Turkish club Galatasaray player Burak Yilmaz scored the winner to defeat Manchester United 1-0
Manchester United had already qualified for the knockout stages before the tie but victory for Galatasaray gave them hope of making it through to the knockout stages. Manchester United had a chance to score but the header by Powell hit the bar.
According to Sir Alex Ferguson, the Turkish side handled the atmosphere better than them. Overall, it was a very competitive match.