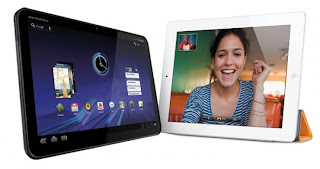 Although  Apple has unveiled its third-generation iPad in March,but the company also announced that the iPad 2 would remain on the market at a reduced price.The original 16GB Wi-Fi only iPad 2 featured a 45nm A5 processor, but the $399 iPad 2 is equipped with a smaller and more power efficient 32nm A5 processor. Performance remains the same on both devices, but the smaller processor delivers an overall increase of 16% to battery life  while web browsing and a 30% increase when playing games. There is no way to tell whether an iPad 2 features the new smaller processor without opening the box and running a benchmark test, unfortunately, because the external packaging and the device itself look identical to the older model