Skip to content
Google maps application have make a come back for iPhones after almost three months. 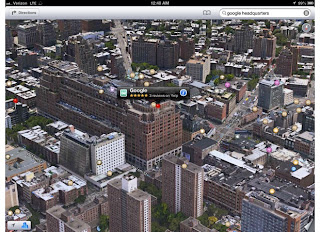 This week Google launched its official version of the application for Apple’s iOS 6. Although a number of users were using google maps via browsers but now they can use it via proper IOS application.
The application introduced a number of new features for the users including turn-by-turn navigation, additional maps, 2D and 3D rotating views. Earlier these all features were available for android platform only but now iPhone users can also benefit from these features.

Apple’s shares were up to 547.24 an increase of $8.45 after TIm cooks plan to shift Mac production line from china to US