Even with low sales of MAC, Apple, Inc. (NASDAQ:AAPL) eyes on launching new iDevices in 2013

Even with low sales of MAC, Apple, Inc. (NASDAQ:AAPL) eyes on launching new iDevices in 2013 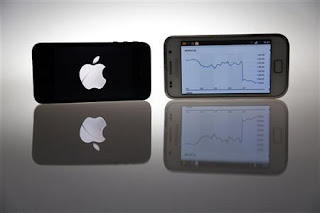 According to recent reports by Piper Jaffray analyst Eugene Munster, Apple, Inc. (NASDAQ:AAPL) is not expected to sell as many Macs as it did during last quarter of 2011.
A report from the NPD Group also highlighted that Apple’s Mac sales have gone down by 16 percent for the month of October on year to year basis.
Munster is on the other hand positive for sales of iPhone 5 and believes by end of last quarter Apple will report huge sales of iPhone 5.
Other Apple products important for high sales growth of Apple are the 13-inch MacBook Pro with Retina Display and the upcoming iMac.
In 2011 last quarter sales of Apple’s total Mac were at 5.2 million, a 26 per cent increase year over year. One of the Apple, Inc. (NASDAQ:AAPL) main product in 2013 will be HDTV (high-definition television set).Munster said that Apple should make its 42 to 55-inch HD television ready for holiday quarter of 2013 with a price tag between $1,500 to $2,000. HDTV will not only have a versatile design, but the main features will include Siri and Face-Time support also. Users will also be able to interface HDTV with other “iDevices” like iPad and iPhone.
Apple is expected to release streaming radio like service  in march 2013 , iPadmini with Retina Display technology , set-top box like  Apple TV and an incremental upgrade with the “iPhone 5S”.