Skip to content
Colombia former goalkeeper Miguel Calero, has died at the age of 41 due to complications of heart following a stroke.He was an active member of Mexican club Pachuca and played for over a decade for it. His death was announced by club Pachuca saying that he died Tuesday in a Mexico City hospital 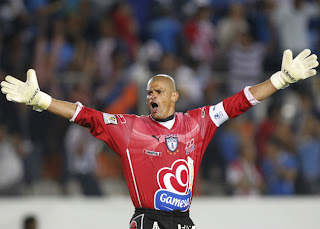 Calero retired in 2011 from his club Pachuca and took over the duties as goalkeeping coach. Being a member of club , he helped it to achieve four league titles and the Copa Sudamericana.