Barclays opts for iPhone instead of Windows 8 phone

Barclays opts for iPhone instead of Windows 8 phone

We have already seen that Microsoft has been striving hard for publicity of its latest Windows 8 smartphones right form its launch. Microsoft promoted its surface through Emirates and many others but one of the leading bank Barclay’s has chosen Apple’s iPhone instead of any Microsoft carrier.The British bank Barclays has invested £3.3 million to buy 8,500 iPads, a move to improve the customer experience. 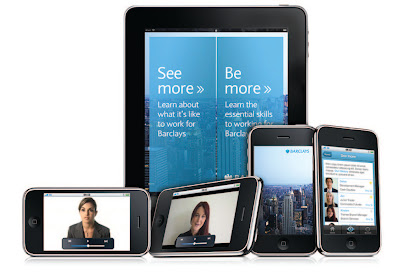 Microsoft’s has now to put some more efforts to make its grip firm over the smartphone market as iPhone is becoming the choice of many business communities. Also after the launch of Blackberry 10 expected to launch in jan, 2013 which has already acquired licence to keep security data on this new device Microsoft have to struggle hard for its Window 8 phone.