Pakistan reached in Semi final of Champions trophy underway at Australia. Shakeel Abassi scored both goals to give Pakistan a 2-1 win over Olympic gold medalist Germany in the 39th and 51st minutes. It was a quarterfinal match between the two hockey giants. 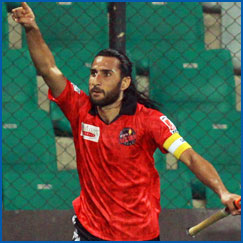 Germany was on top in early minutes of the game by Moritz Furste hfielding the first goal for Germany in ninth minute giving1-0 lead to Germany.
Pakistan will play the winner of second quarterfinal match between London silver medalist Netherlands and New Zealand that will be played on Today.

Zaheer Khan and MS Dhoni started the batting on day two, against England and MS Dhoni scored 50. Its interesting to see how long Dhoni continues the battle. 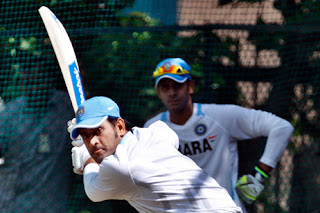 Sachin Tendulkar on day one scored a patient 76 , England joyed reducing India to 273-7 in the first innings of the third cricket Test.

Christian Horner who is the boss of F1 Team Red Bull has said that his driver Sebastian Vettel’s best is yet to come. Vettel has won three consecutive Formula 1 championships and at 25, became the youngest triple champion in the history of F1. He also emulated Juan Manuel Fangio and Michael Schumacher as the only other F1 drivers to clinch three titles in a row. 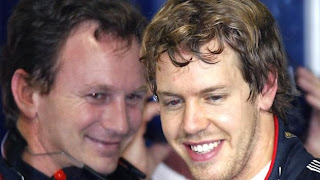 Horner admitted that the records set by seven time champion Schumacher of wining 91 races and 7 championships would be difficult to match or break, Vettel has the talent and is still to reach his peak. He is having a remarkable career with 26 wins so far and is likely to improve and develop as a driver according to Horner.
Horner agreed that in order to repeat the same performance next year and to stay ahead of the rivals, Red Bull would need to evolve and improve as F1 does not stand still. 2013 was regarded as the toughest year by Horner as Red Bull had to come from behind to make its way take the drivers’ and teams’ race. He was wary of the fact that the rival team would be working hard in the winter to improve and would try to come hard on us. So we need to learn from our mistakes and improve.
According to Horner, Red Bull had a great foundation, a great basis and a great team of professionals who will improver over the off season. The team knows how to improve again as they have done it before.

At the moment Apple Inc. (NASDAQ:AAPL) is falling with minus $26.72, or – 4.64%, to $549.13.It opened at 568.91.Apple Inc. (NASDAQ:AAPL) dropped from $700 to about $525 per share from 15 September to 15 November with overall loss of 25 percent .
The rapid fall may be the result of AT&T CEO Ralph de la Vega statement that they had some good Android products and AT&T has seen good acceptance of new Windows smartphones. He added that AT&T has also managed to improve its iPhone LG optinmus G and Nokia Lumia 920 sales. Moreover, AT&T has earned good revenue from its mobile data share plan and also attracted huge number of customers.
Ralph de la Vega, CEO of AT&T has announced record smartphones sales of 6.4 million in first two months of fourth quarter. He also said that the carrier is expecting 26 million smartphones sales by end of this year.Last year AT&T sold 25 million smartphones.

For full implementation and sale of 4G  spectrum frequencies in U.K. by January 2013 Chancellor George Osbourne has announced a price tag of sum of £3.5 billion.
Ofcom will finalize the auction by March 2013. The figure is far below from 3G spectrum sales with price tag of £22.5 billion as carriers had poor experience of raising enough revenue from 3G and 2G technologies.
Last month the Guardian quoted Brian Potterill, director in PwC’s telecoms strategy team, suggesting that the total raised for the U.K. government’s coffers from the 4G sale would amount to between £2bn and £4bn. Osbourne’s estimate sits within that bracket.
Although the U.K.’s 4G spectrum is still to go under the hammer, the first 4G network is already up and running. Carrier EE was able to refarm existing 2G spectrum holdings for 4G services after getting the go-ahead from telecoms regulator Ofcom — launching a 4G network at the end of October.
Rival U.K. carriers O2 and Vodafone will be among the bidders for the 4G spectrum frequencies next year.Source : techcrunch

Amazon has launched its Kindle FreeTime Unlimited service for kids 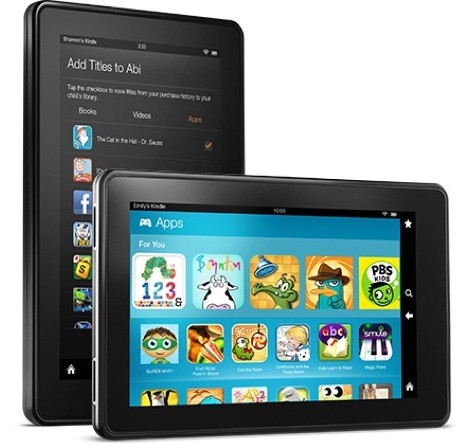 Kindle FreeTime Unlimited has combined all kids contents like games, books, movies , TV shows and educational stuff. With this new device kids can easily access all these services and unlimited content.
Prime members of Amazon can use it for $2.99 per child per month or $6.99 for the whole family. For others it is available for $4.99 per child per month or $9.99 per family.
With Kindle FreeTime Unlimited service users can make individual profiles so that everyone can have his own library.

Citigroup Inc which is the third largest bank of U.S. is planning to cut 11000 jobs. It is about 4 percent of total jobs at Citi and will bring a revenue of $1.1 billion.
Michael Corbat , Chief Executive Officer in Citi in a statement  said that these actions are logical for bank’s transformation. 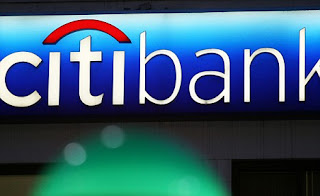 He also said that while the bank continues to improve its global network but is full aware of potential stoppers in its growth and areas which are not providing meaningful returns.

The plan will cut 1,900 jobs in the institutional clients group, 6,200 jobs from the global consumer banking business and 2,600 jobs in the operations and technology group.

SongPop, Music trivia game is the top game of 2012 on social network giant Facebook. The rating is based on users rating and engagement.  In 2011 not even a single music trivia game was in the top ten ratings. Over 60 million players have downloaded the game.It also drives top most traffic to iTunes from Facebbok for music purchases.

Facebook has released a list of year’s top 25 games. Zynga topped the annual list. The top games were mostly developed by programmers from Australia, France, Brazil, Turkey and the U.K. FarmVille 2 also attracted a lot of visitors on Facebook. 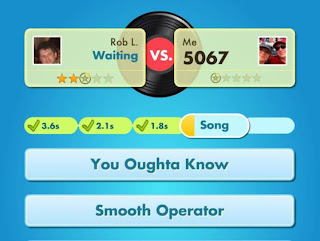 Lovefilm instant is now available for Wii users. The Lovefilm application is available for download from the Wii shop cahannel. The users can get streaming movies via on their consoles via Lovefilminstant. The Wii U console is presently featuring Netflix streaming service.

However users won’t be able to get HD streaming due to low Wii’s resolution. It has also been reported that Lovefilm will soon be added to video on demand roster of Wii U.
Xbox 360,Kindle,iPad and Playstation already supports Lovefilm Instant application