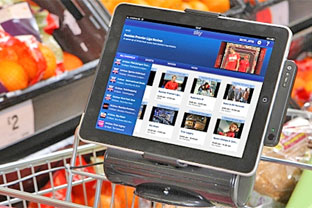 Apple devices were the hot item of Thanksgiving Day and Black Friday and IBM analytics reported that  Apple’s product were up by 17.4 percent as compared to sales in 2011. Consumers were much interested in Apple’s iPhone and iPad.
Apple’s sales rise to 38 percent from 20.7 per cent on Thanksgiving Day and Black Friday in 2011.
The major online customers were mobile users and most of the purchases was done with iPad, IBM digital analytics reported. 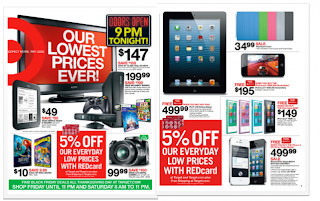 As per reports alone in US purchases rise by 24 percent of U.S. for mobile device users as compared to 14.3 per cent in 2011. iPhone generated 8.7 percent of traffic and Android 5.5 percent.
The iPad was the main traffic driver with 88.3 percent followed by Amazon Kindle at 2.4 percent and Samsung Galaxy at 1.8 percent.
Consumers show less interest in Android products  with only 5.5 percent of online shopping. It is pertinent to mention that Android was the top choice of consumers with 75 percent of the smartphones sold in the third quarter being Android smartphones as compared to Apple’s 15 percent according to IDC.
Social Network giants Twitter, LinkedIn, Facebook and YouTube only derived 0.34 per cent of all online sales on Black Friday which is 35 percent cut from 2011.