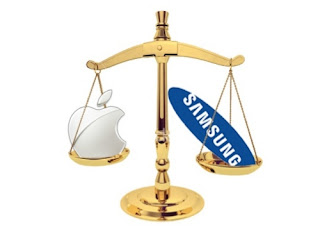 It’s been over a year since Apple filed the patent infringement lawsuit in April 2011 against their biggest rival Samsung. The long-awaited outcome is in: Apple proved victorious. Samsung now owes $1.05 billion dollars to the parent company of the iPhone, whose design was infringed upon by the Samsung Galaxy/S. Jurors found that Samsung copied several ideas from the iPhone and Apple claimed they were able to do so without taking any of the risk. There’s no doubt that the iPhone changed the way we communicate today. 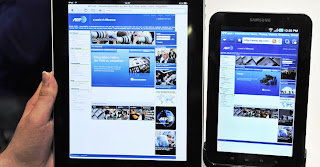 A jury in San Jose, California awarded $1.049 billion to the US tech giant, according to court documents. But analysts said the damages could be tripled because jurors found Samsung “willfully” infringed on patents.

The jury rejected the South Korean electronics firm’s counterclaims against Apple, which had claimed its iconic iPhone and iPad had been illegally copied.

From Seoul, Samsung reacted by saying it will contest the US verdict.

“We will move immediately to file post-verdict motions to overturn this decision in this court and if we are not successful, we will appeal this decision to the Court of Appeals,” the company said in a statement.

The decision appeared to be an overwhelming victory for Apple, but it was not immediately clear whether it would halt sales of Samsung devices or affect newer models released since the case was filed.

“This is a huge, crushing win for Apple,” said Brian Love, a professor of patent law at Santa Clara University.
“All of its patents were held valid, and all but one were held to be infringed by most or all accused Samsung products. Even better for the company, five of the seven patents were held to be willfully infringed by Samsung.” Love said this means that Judge Lucy Koh “now has the discretion to triple Apple’s damages award, which is already a monstrous and unprecedented” sum.
The case, which is almost certain to face appeal, could shake up the sizzling market for mobile devices in which Apple has been losing ground to rivals like Samsung that use the free Android system developed by Google.
“Samsung is a proxy for both Google and the other Android vendors and better protected than most,” said analyst Rob Enderle of the Enderle Group.
“I think this will force a reset on Android products as they are reengineered to get around Apple’s patents.” The jury decided the case with over 700 separate claims in less than three days of deliberations.
In one minor snag, the judge sent them back Friday after discovering they had made damage awards for two devices not found to have infringed, and the jurors then revised the award, which had been $1.051 billion.
The verdict affects patents on a range of Samsung products including some of its popular Galaxy smartphones and its Galaxy 10 tablet — devices alleged to have been copied from the iPhone and iPad.