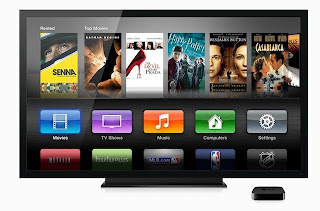 Apple has released a new software update for the Apple TV. The version number of the software update is 5.1 and supports the 2nd and 3rd generation Apple TV models. The release’s build number is 10A406e and the new update adds support for Shared Photo Streams, the ability to send audio content from the Apple TV to AirPlay-enabled speakers and devices (including AirPort Express and other Apple TVs), and the ability to switch between multiple iTunes accounts. It is a pretty significant update overall. Last update for the Apple TV was released june.