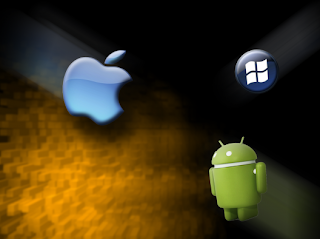 Android is a Linux-based operating system for mobile devices founded in Palo Alto, California, United States in October 2003. It is developed by the Open Handset Alliance, led by Google, and other companies. Google purchased the initial developer of the software, Android Inc., on August 17, 2005. There are more than 550,000 apps available for Android. 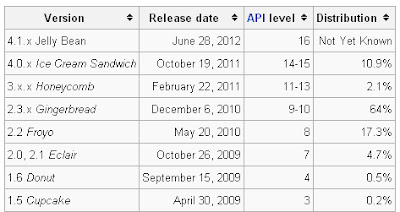 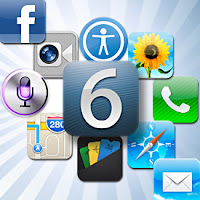 iOS (previously iPhone OS) is a mobile operating system developed and distributed by Apple Inc. Originally released in 2007 for the iPhone and iPod Touch, it has been extended to support other Apple devices such as the iPad and Apple TV. Unlike Microsoft’s Windows CE (Windows Phone) and Google’s Android, Apple does not license iOS for installation on non-Apple hardware. As of June 12, 2012, Apple’s App Store contained more than 650,000 iOS applications.IOS latest release is IOS 6 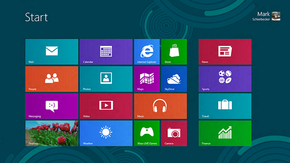 Windows 8 is the next version of Microsoft Windows, a series of operating systems produced by Microsoft for use on PCs and Mobiles. The release to manufacturing (RTM) is expected around July 2012 .Windows 8’s server counterpart, Windows Server 2012, is in development concurrently with Windows 8
Comparison 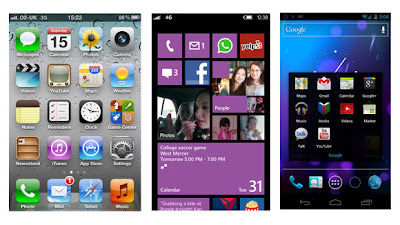 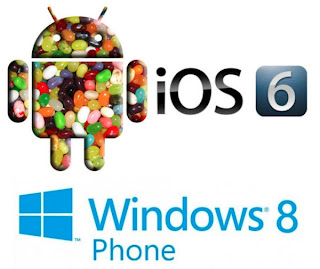