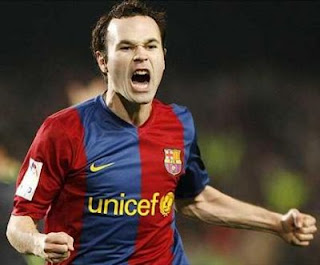 Spain midfielder Andres Iniesta has been announced by Uefa as the best player of Euro 2012.The 28-year-old stared in each of Spain’s six matches at the Euros which culminated with a 4-0 thrashing of Italy in the final and playing a leading role in La Roja’s campaign in Poland and Ukraine -. It’s been an incredible four years for Iniesta who was named in the team of the tournament at Euro 2008, was in the all-star team of the 2010 World Cup after scoring the winning goal in the final. He has also won two Champions League titles during that time. The Barcelona midfielder was chosen by the 11-man technical team of Uefa. He is also part of Uefa’s 23-man Team of the Tournament, which contains 10 players from Spain and four from Italy.