Skip to content
A new lawsuit against Wal-Mart Stores, Inc.(WMT) and two staffing agencies it works with, could affect hundreds of temporary workers in Chicago.
Reuters reported the suit alleges Bentonville, Ark.-based Wal-Mart (NYSE: WMT), Labor Ready and QPS violated minimum wage and overtime laws as well as not paying temporary workers a minimum of four hours’ pay on days. 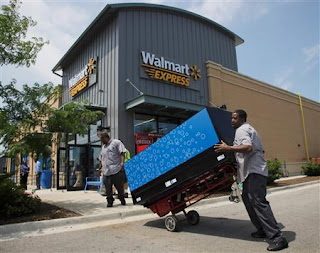 Wal-Mart spokesman said the company is still reviewing the complaint, and that “the litigation is driven by the same union organizations that have been mischaracterizing several issues about Walmart and are more concerned with creating publicity than with improving workers’ rights.”
The Walmart spokesman Fogleman further added that “We are committed to ensuring that anyone working in our stores – whether they’re employed by Walmart or, in this case, a temporary staffing agency – is treated appropriately and compensated fairly for every hour they work,”.
Wal-Mart has is also facing other protests as well including workers claiming they will walk off the job the day after Thanksgiving, known as Black Friday, Reuters reported.