Jailed hacker of Facebook source code says he is innocent 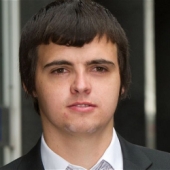 The hacker(Glenn Steven) stoled Facebook’s source code, but he says that he never copied, published, or sold it. However, he was arrested and imprisoned. He was released after four months in jail.Mangham says he planned to inform Facebook of the vulnerabilities, and could have entered Facebook’s White Hat program that offers security researchers protection against legal repercussions. Through Facebook programming Challenge where potential hires can try solving puzzles, Mangham hacked in and gained access to Facebook employee Stefan Parker’s account. He used the staff member’s privileges to access internal servers. There he discovered the site’s source code and downloaded it from America back to the U.K.