Skip to content
According to Javelin Strategy & Research’s latest consumer survey (the group polled 3,000 consumers this quarter), Google’s Android smartphones and tablets now claim 48% of the U.S mobile market, up from 34% last year. Apple’s mobile device market share is 32% this year, up from 27% last year. (RIM dropped from 25% last year to 12% this year; Windows Mobile dropped from 13% to 8%.) 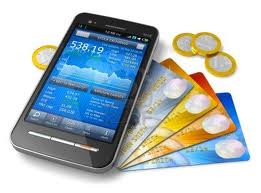 Despite these market changes, 92% of financial institutions provide Apple apps, Javelin researchers say, while 84% have an Android offering; this is roughly the opposite of what you’d expect. This may reflect nostalgia and a design preference for the Apple iOS, which for some banks was what lured them into providing mobile banking in the first place. There’s also an ease of use issue, according to Monahan.
“The iPhone is simple, it’s an easy platform to service,” she says. “The Android is a messy platform to service, the banks have to be dragged kicking and screaming to develop for it.” With so many OEMs manufacturing Android devices, there are many different models and versions of Android and it can be hard to create an app that will render properly on all of them. “With the iPhone there are just a few models and screen sizes,” she points out. Apple is also good at getting customers to upgrade to the latest version of its operating system, Monahan says, while Google has been less successful at that.
But neglecting the Android world is a risk for banks. “Lack of access is becoming an increasing irritation to consumers,” Monahan says.
Javelin’s 2012 Mobile Banking Financial Institution Scorecard, the report that came out Wednesday, found that overall, 33% of smartphone-toting American adults now conduct banking on their mobile device; this is up from 24% last year.
Among other findings, mobile banking offerings for businesses shot up this year: 68% of banks offer it today, where only 25% did in 2011. “It really makes sense for business executives to have the ability to check in with their mobile phone at all times,” Monahan says.
Mobile deposit also has gained in popularity, according to the report. “One of the biggest things consumers complain about it is that they want it and don’t have it,” Monahan says. Currently 48% of banks offer mobile deposit.
Monahan also believes the ability to automatically pay a bill by taking a picture of it with a smartphone camera will be important going forward, as will letting people enroll in mobile banking by snapping a photo of their driver’s license. Today, only 8% of banks offer mobile enrollment; most require the consumer to register for online banking first. Some consumers don’t have a desktop computer or are uninterested in banking on it.
Javelin declared Chase’s mobile banking offerings — SMS, mobile browser and native apps — the best of the 25 large U.S. banks it studied this year. “They were one of the first to come out with mobile apps, and they keep perfecting them,” Monahan notes. “They have near-real-time actionable alerts, P2P transfers, and mobile deposits.”
One example of an actionable alert from Chase is if a customer is about to overdraw on an account, the bank will send that person a text message. The customer can text back a message asking to move funds from another account to cover the purchase. (Americanbanker)